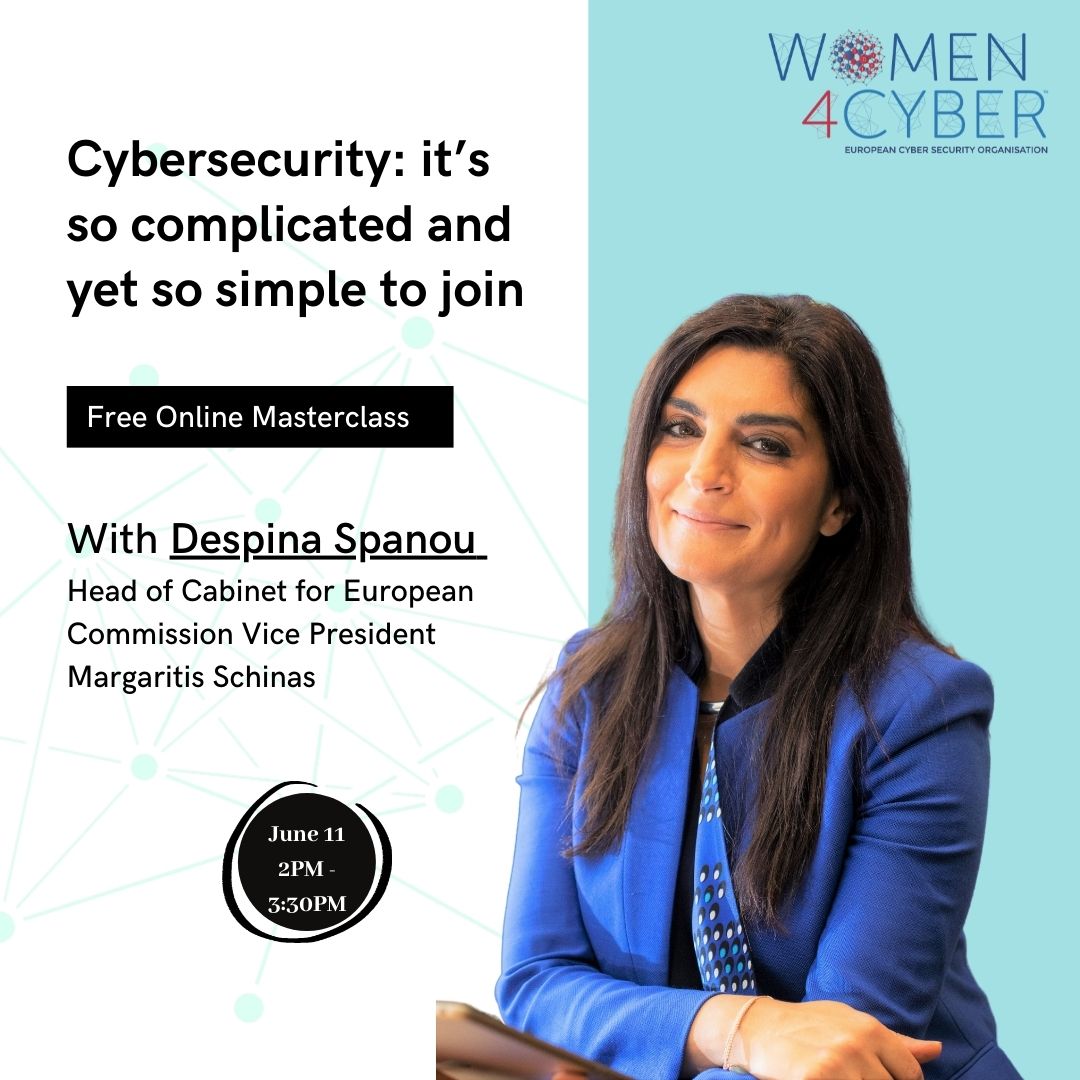 On 11 June, Despina Spanou, Head of Cabinet for the Vice-President for the European Commission overseeing the European Union’s policies on security, migration and asylum, and previously Director for Cybersecurity in DG CONNECT, gave a masterclass in which she discussed her own experience in the field of cybersecurity and how to inspire those who are motivated to enter this world.

She explained how being the only woman in the cybersecurity field created certain issues to her, especially regarding the lack of diversity in the team, which meant that she had to prove herself and demonstrate her added value. Despina also stressed the importance of taking advantage of trainings, coaching and certifications in cybersecurity.

Finally, she argued that there are three main issues in the cybersecurity world. The first is the skills gap, the second is the lack of understanding of the field and the difficulty to access available jobs, and the third is the level of difficulty of the jobs in cybersecurity and the huge responsibility that cybersecurity professionals must deal with.

Her presentation was followed by an exchange with the participants which primarily focused on the ways to reduce the skills gap in cybersecurity.

You can watch the full masterclass here!

You have Successfully Subscribed!

Thank You! Please check your inbox to confirm your subscription!